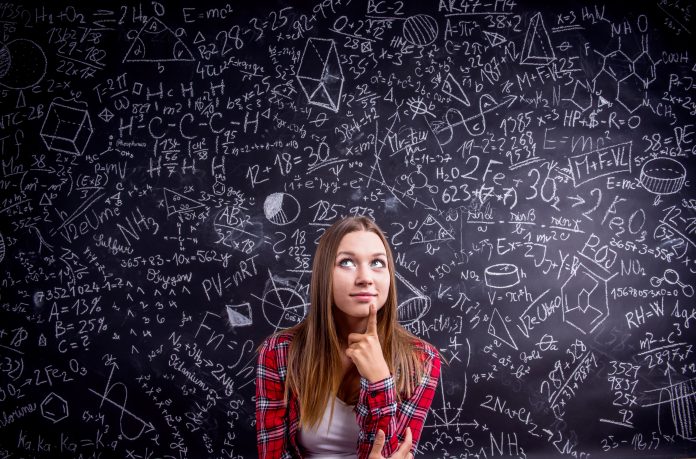 The topic of women in STEM is one that is more fiercely talked about now than ever before. Recruiting women into the fields of science, technology, engineering and mathematics has never been easy, as there are an excessive range of factors that make it difficult for us to thrive in these roles. However, things are changing rapidly. The traditional roles of women are, thankfully, being set aside for more modern engagement in the world, particularly when it comes to work, as well as life in general.

While the proportion of women in STEM careers has risen substantially within this decade, a gender imbalance still exists that prevents women from succeeding in these fields. For example, in Canada, only 23% of students enrolled in science and technology programs in the 25-64 age range are women, and this percentage is even lower in engineering careers. It is this continued imbalance that has laid the foundation for a range of worldwide initiatives to encourage women to take up these professions.

The simple truth is, the workplace environment for women involved in a STEM field is not one that promotes growth, and there are a number of factors that block career progression for women, whether we like it or not.

But why is it happening? These statistics are surely an uncomfortable truth for any rational mind. Let’s take a look at some of the biggest factors that affect women in STEM roles.

The concept of science has been traditionally associated with masculinity. Numerical male dominance, that is, the outnumbering of women, and the stereotype threat that is produced as a result, is a serious concern for those who would pursue a STEM-related career leading to substantial gender identity threat that prevents women from succeeding.

Put simply, women in STEM roles have a perceived risk about their standing based on their gender, and this negative stereotype has the potential to cause reduced confidence when discrimination is expected. Anxiety levels rise, and working memory can even be disrupted by this threat.

However, the statistics are, albeit slowly, changing. Women are represented more and more in health science fields, though this growth is lagging in engineering and computer science fields. In fact, over half of female engineering graduates are, instead, working in the fields of natural and applied sciences.

The Career Vs. Family Conundrum

One of the biggest factors affecting the working woman is the birth of a child. Traditional family roles have typically seen the mother postponing her career in order to provide care for the child, often not returning to continue their career. In a US study, it was observed that over half of women leave their STEM careers following the birth of a child, while only 23% of men do the same.

In line with these trends, women are typically viewed as requiring more flexibility with their work requirements, even when this isn’t true. This stigma contributes highly to the stereotype threat  we described above, and even though times are changing and fathers are taking more steps to reduce this problem thanks to changes in the way that employers offer parental leave, these disruptions still have a serious effect on the proportion of women in STEM roles.

The barriers by which women are prevented from progressing in their STEM career is a phenomenon known as the glass ceiling. Simply put, women tend to top out at certain levels of their careers with no easy way to improve their situations. Women are generally underrepresented in leadership positions, and the leaky pipeline is seeing more women than ever leaving their STEM professions.

But when these barriers are ignored, women suffer. When committees ignore the fact that gender bias exists, women are less likely to be promoted over their male counterparts. Women also contribute far more labour to projects, while receiving less credit than their male counterparts, appearing less frequently as first authors in scientific publications. What this leads to is a strengthening of gender identity and stereotype threat that can be a significant contributing factor to the continuation of women in these career paths.

Let’s Work Together to Shift the Paradigm

We must fight to have our contributions regarded as equally as those made by our male counterparts. This is a team effort; by creating networks of support that include women as well as our allies, we can shift the paradigm and promote a world where discovery and innovation is rewarded not on gender, but on merit. This is the core value of The Bio Girls initiative, and our goal is to demonstrate to young women considering a career in STEM that, despite the challenges, we can enjoy success in whatever field we choose to work in.

Our advice to you? Be passionate. Be fierce in your determination. Know that there are times where you will feel disheartened, but also know that there are millions of women and women allies around the world following the same path as you who have your back. Get involved with groups and organizations who offer support, advice and guidance, and make sure that no matter how bad one day might be, there are excellent days right around the corner.

What Can You Do to Support Women in STEM?

Supporting young women to pursue STEM careers is not simply a job for women. Absolutely everybody can provide the encouragement and support to help women succeed. There are thousands of initiatives being carried out each day all across the world, and getting involved is something that anyone can do.

Here are just a few of our suggestions:

We created The Bio Girls as a supportive community for women in STEM and their allies. We welcome everybody into our community, and will deliver content each and every month to assist our peers in navigating this complex field.

The Women of STEM That History Forgot

A Guide to Publishing Your First Research Manuscript

Mac or PC: Which Should You Choose for Bioinformatics?

The Women of STEM That History Forgot