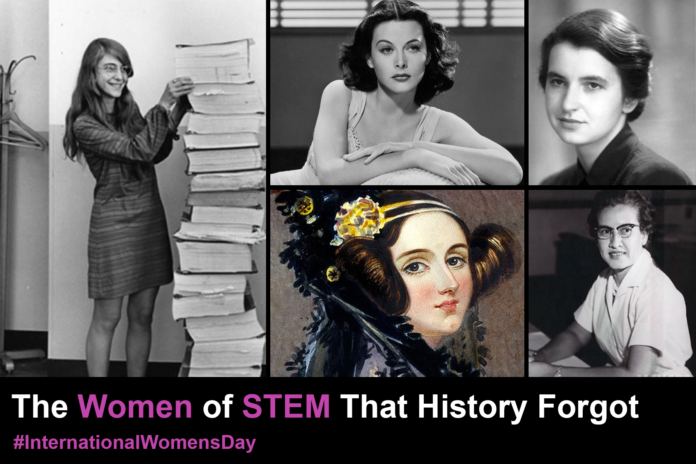 March 8th is International Women’s Day, and we at TBG want to pay homage to the historical women of STEM that truly changed the landscape of technology and innovation. Though history may not have given these women the respect they were due at the time, recent years have seen them celebrated as pioneers in their respective fields – and rightly so!

There is no doubt in my mind that you are probably using a WiFi connection to read this article, but did you know that this technology was developed by a woman? While Hedy Lamarr is best known for her acting work, it was her sense of innovation that laid the foundation for communications and connectivity as we know it today.

Lamarr was a visionary, creating a technology that was used to circumvent open communications channels during World War II. This “Secret Communications System” involved using radio frequencies to send messages that could not be intercepted by the enemies. Lamarr was granted a patent for her invention in 1941, and the impact of her technology laid the foundations for wireless communications as we know them today.

Augusta Ada King, Countess of Lovelace, was an English mathematician who makes our list for her contributions to Babbage’s Analytical Engine. This invention was developed as a general purpose calculating machine, but Lovelace saw even greater potential beyond the initial scope. In fact, she wrote and published the very first algorithm to be run on the machine, and goes down in history as the world’s very first computer programmer.

Lovelace’s mark on the world is remembered today through the Ada programming language that was named after her.

Katherine Johnson was an American mathematician known best for her work on the US space efforts. As the first African-American woman to work for NASA, she is celebrated for her achievements during the first manned US spaceflights. Johnson was exceptionally skilled in producing manual calculations, then pioneered the use of computers to aid the efforts. She gained the 2015 Medal of Freedom for her work in calculating trajectories, emergency return paths and launch windows.

The amazing contribution that Johnson made to the space efforts was remembered in the 2016 film Hidden Figures.

A photo of a woman standing next to pages and pages of computer code went viral a few years ago. The woman, Margaret Hamilton, stands proudly next to her work as a software engineer for NASA that allowed astronauts to land on the moon in 1969. Noted for coining the term “software engineer,” Hamilton was awarded the Presidential Medal of Freedom in 2016.

Hamilton’s success as the director of the Software Engineering Division at the MIT Instrumentation Lab saw her publishing over 100 papers during her work on over 60 projects. Hamilton is also credited for paving the path for women to succeed in STEM roles.

Any biological scientist is well aware of the seminal work of Watson and Crick. Having published their findings on the helical structure of DNA in 1953, little is known about the woman who facilitated these findings. Rosalind Elsie Franklin, an X-ray crystallographer, contributed greatly to this research through her X-ray diffraction studies. These images paved the way for Watson and Cricks publication.

Franklin died from ovarian cancer in 1958 having never been formally acknowledged for her work on DNA structure, aside from a footnote in Watson and Crick’s publication.

This is just a small fraction of the amount of amazing women who contributed greatly to STEM innovation that history simply forgot. By remembering and celebrating these women, we help to further and support our important role in discovery.

What to look for in a supervisor?

When Biology Knowledge Isn’t Enough: Losing a baby mid-semester as a genetics professor

Feeling Unproductive as a STEM Student During COVID-19? It’s Okay.

Surviving The Lab: Leaving With Poise